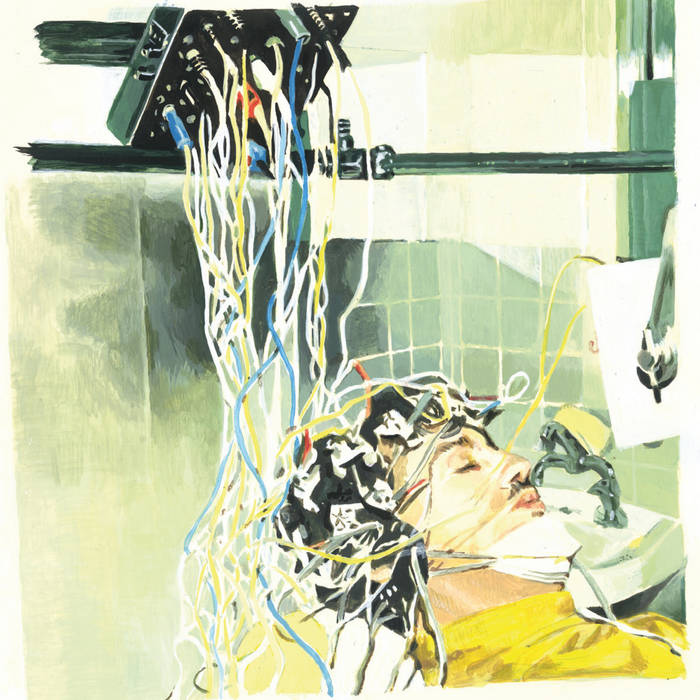 For its 42nd release, Da ! Heard It Records is casually sending you to the skies. All of the dials are panicking, but it’s already too late; the long journey has already started for the occupant of the small bed with the white sheets featured on Elodie Moreau’s painting.
An imperceptible fluid is evaporating above his body, turning on itself, levitating softly in the sanitized-walled room.
The physical world erases itself little by little to reveal another, simpler one: From a water drop, a river of sounds forms itself, and the cricket’s beeps replace those of the machines. We progressively slide into this thickening current, wrapping the mind until it becomes a buzzing drone.
Here, Hubert Monroy and Nico Gitto imagine two long pieces that alternate between contemplative atmospheres and noisy fly aways. And on his bed, the listener awakens then, slightly more alive...

Simple Appareil, Da ! Heard It Record’s 42th release, is distributed under a Creative Commons BY-NC-ND. The album can be listened to and downloaded freely at the following link: www.daheardit-records.net/en/discography/42