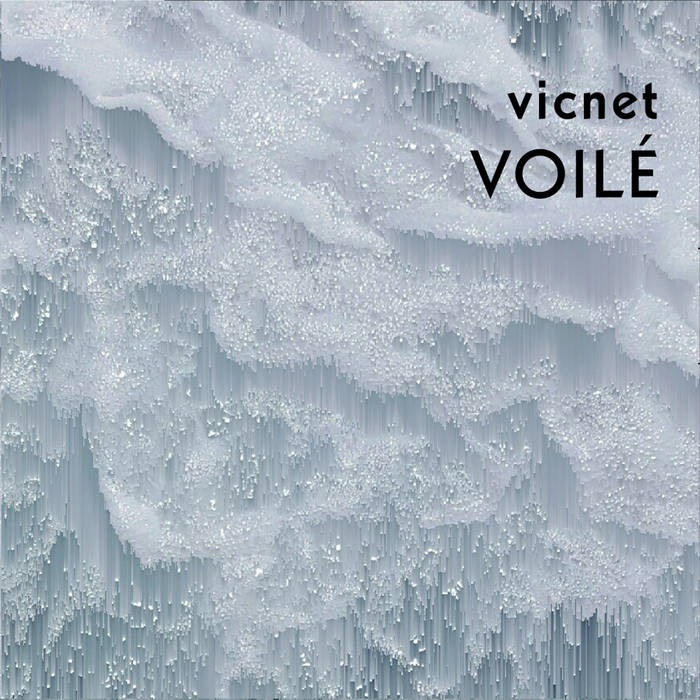 For its 32nd release, Da ! Heard It Records introduces Voilé by Vicnet, a music to explore like an unknown space and inviting to seek out the hidden behind the visible, the unheard-of behind the audible.

What can freedom possibly look like in 2017, when everything and its opposite has already been tried, contradicted, canceled, and retried? Vincent Tordjman has asked himself this question many times, especially over the last few years. Since his last album (Mr. Hadopi, released in 2010 on Da ! Heard It Records), despite being busy with adult life, he has kept his passionate heart, and surrounded with three towers filled with machines, keyboards, and rare contraptions, he has not stopped recording, recording, again, always recording. Over seven years, he has evidently accumulated the equivalent of five albums. But too indecisive, too disappointed by the ever fluctuating state of the scene around him, he hasn’t finished anything, or almost nothing. He abandoned two or three skweee disks, an electronic jazz-rock disc, more acid house, as well as compilations of hand-tweaked music composed for the nocturnal electronica scene.

Yet finally, he finished Voilé, an album of a genre that doesn’t exist, without spite and without any other ambition than that to render the unique music that hides within it—and he might have been right to wait.

For the aptly named Voilé, which title matches the impossible-to-source visuals that adorn its sleeve, is so much more than just a new album by an all-too-rare artist that too few in this unjust world would still await. It is the personal diary of a musician too talented for his own good, who, in twelve very generous pieces, poured out all that is most personal, thus best and undoubtedly most beautiful, that his musician heart could produce.

The windfall for the listener is that it doesn’t look like anything. Yet while listening to Aladin, Princess, or Bamako, the listener’s head will not be lacking in images. From the theme of the imaginary film Idée de Question to the psychedelic explosion that is the title piece, historical references are not scarce either. But locking oneself into any which song with eyes closed is all that is needed in order to understand that one is dealing with a rare case of a record played, conceived, and operated with old synths, without resembling a museum visit. A windfall, we said. Or a senseless freedom concentrate.

Voilé, the 32nd release of Da ! Heard It Records, is distributed under a Creative Commons
BY-NC-ND license, and the album is available for free listening and downloading
at the following address: www.daheardit-records.net/en/discography/dhr-32